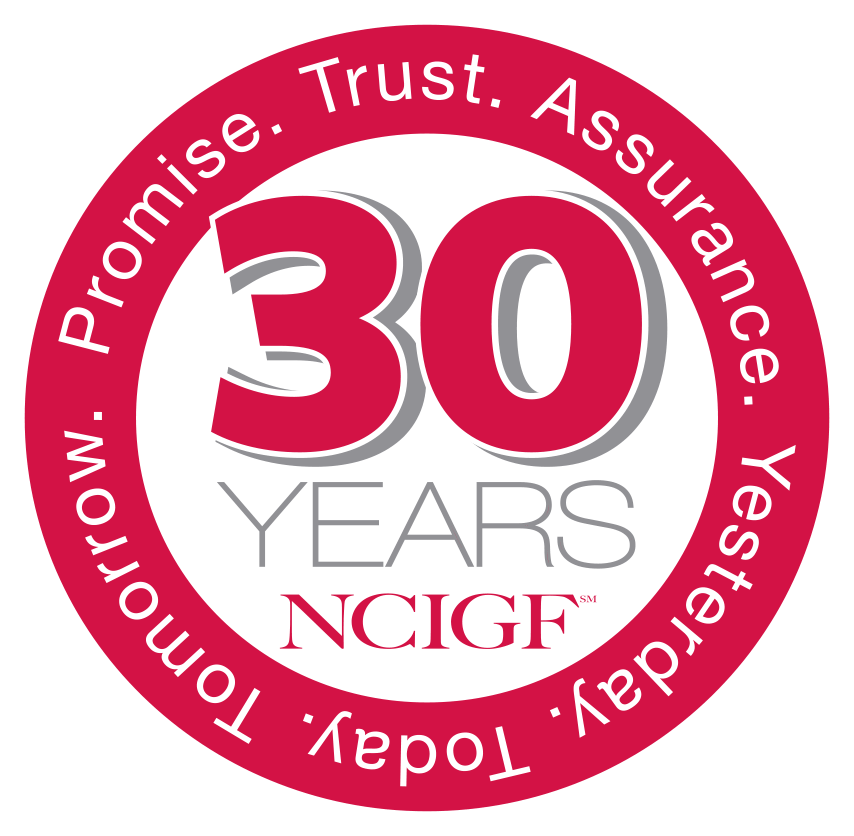 November of 2019 marked 30 years of NCIGF assisting its member state guaranty funds to ensure the promise to insurance customers is kept. Looking back over this active year it is clear that the state-based insurance guaranty fund system is regarded throughout the world as the cornerstone for policyholder protection. As we look ahead to 2020 and face new challenges, it is with the assurance that our system is strong.

Our Vision
To be the definitive national leader on matters related to insolvency and its consequences to policyholders and claimants protected by the state-based property and casualty guaranty fund system.

Our Mission
To bring the greatest possible value to the member state property & casualty guaranty funds and the state-based guaranty fund system in operational support, communications and public policy development. 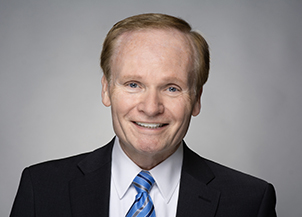 Read:
A letter from NCIGF Board Chair Keith Bell

NCIGF has created an Attorney Directory of experienced lawyers, familiar with guaranty fund association laws and activities, for members to access when the necessity for outside counsel arises. The completion of this resource was a team effort, with 61 responses from 25 different law firms and many attorneys in multiple jurisdictions. Each attorney profile includes the attorney’s jurisdiction, area of expertise, experience, and a resume so guaranty funds are able to make an informed decision prior to reaching out to them. 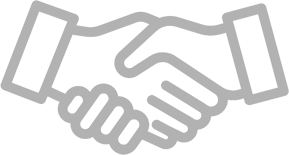 Roger’s Term as Chair of IFIGS:

NCIGF President & CEO, Roger Schmelzer chaired the International Forum of Insurance Guaranty Schemes in 2019, representing the guaranty fund community on an international platform and elevating the U.S. guaranty system’s reputation among domestic solvency regulators. During his tenure he helped establish a 3-year strategic plan powered by working groups around the world to recruit new members, establish principles for guaranty schemes and provide information on the various schemes now in existence.

NCIGF implemented a new communications strategy in 2019 with the goal of engaging more members, trades and industry representatives. A renewed relationship with Triple-I has been engaged and benefits have already been seen. NCIGF continues to communicate its role within the insurance story, firmly establishing the organization as the trusted expert when it comes to insurer insolvency. 2019 saw NCIGF’s first online annual report. The report was interactive and also featured a video message from President & CEO, Roger Schmelzer. NCIGF also produced a guaranty fund explainer video, offering viewers an engaging video to help better understand how the state guaranty funds work and how NCIGF supports those funds. The NCIGF Board of Directors began utilizing board management software called OnBoard. This application manages board resources and meeting materials in a secure, web-based platform. Reducing the dependence on paper streamlines the meeting process, cuts meeting preparation costs, and ensures that confidential materials stay confidential. OnBoard will continue to be utilized throughout 2020.

Launch of the new Members’ Site:

NCIGF’s new members’ site was launched in 2019, offering a more manageable and navigable resource. Accessing important information has never been easier as the site include a robust ‘search’ feature. Tools like GF Forums provide users access to both staff and members with the mere push of a button. The site is also taking communication with members to the next level, offering a platform where comments, likes and new questions can be posed to the whole community or just a specific committee. The site is highly modular, and staff will continue making improvements in the years to come. 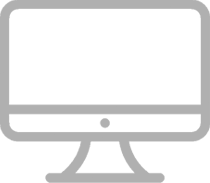 Data security continues to be our overriding business imperative. Proper retention and encryption protocols are necessary to ensuring that sensitive information is protected. In 2019 we improved our IT security policies as well as upgrading our cloud network and response plans. NCIGF contracted with Ingalls Information Security for Managed Detection and Response (MDR) services. Ingalls has complete visibility of our networks, server and firewall logs, Azure logs, Office 365 logs, and endpoint security software in order to identify any intrusion or malware infestation as close to real-time as possible. They are part of a layered defense strategy that adds external monitoring to NCIGF’s internal system of alerts. The NCIGF IT staff meets with Ingalls every two weeks to review any security events or adjust our security posture if required. Constant vigilance has resulted in our cyber insurance writer lowering our premiums for the second year in a row amid industry wide increases. 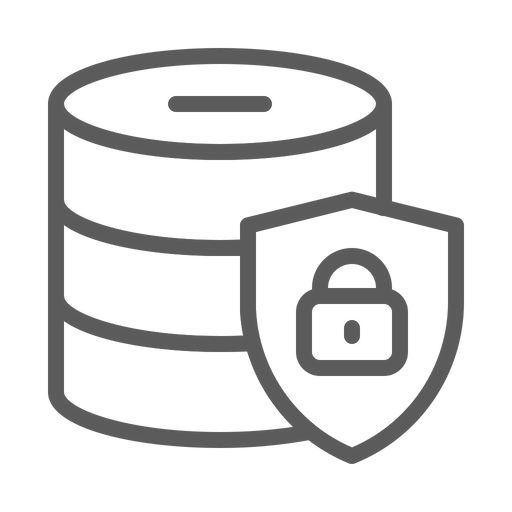 In first quarter of 2019 the NCIGF IT team took on the monumental task of a complete migration to the cloud. This involved migrating NCIGF's entire collocated infrastructure into Microsoft's Azure platform. Not only were services migrated, they were refactored to better utilize the capabilities of the platform. This migration signifies NCIGF's commitment to be the leader in information technology within the Guaranty Fund System. Migrating to the cloud allows NCIGF's information systems to perform as nimbly as possible. This allows NCIGF the ability to respond to the natural fluctuations in insolvency activity, while keeping infrastructure costs as low as possible. The entire migration champions NCIGF’s core goal of providing the best value we can to the membership.

2019 saw the NCIGF community’s first IT Summit, where technology leaders within the guaranty funds came together to educate, share ideas and strengthen the overall level of data security in the shared risk pool. That is the pool that exists between NCIGF, guaranty associations and receivers. Plans are in the works for future similar events. 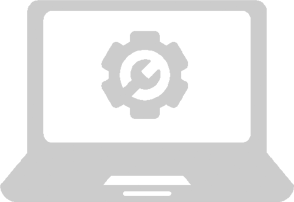 On October 10, 2019, the U.S. Court of Appeals for the 9th Circuit issued a landmark decision holding that the California Insurance Guaranty Association (CIGA) was not a primary plan under the Medicare Secondary Payer Act (MSP) (CIGA v. Azar, 2019 WL 5076945 (9th Cir., Oct. 10, 2019) Learn More ). NCIGF filed an amicus brief in support of CIGA. The court’s ruling alleviates CIGA’s responsibility to reimburse the Center for Medicare and Medicaid Services (CMS) for conditional payments made on behalf of workers’ compensation claimants and may also obviate its need to adhere to Medicare set-asides for claim settlements. CMS did not file an en banc appeal to the 9th Circuit or a writ of certiorari to the U.S. Supreme Court prior to the deadlines. They also have not amended the MSP to expressly apply to guaranty funds. Therefore, the ruling is good law in the 9th Circuit and persuasive elsewhere. The application of the ruling to other guaranty funds requires a state-by-state analysis, though there is benefit from coordination. The NCIGF Coordination of Litigation Subcommittee will be coordinating the guaranty fund effort to implement the 9th Circuit holding nationwide. 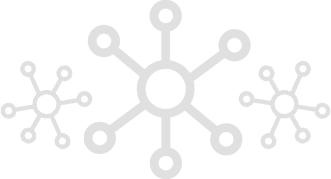 Tabs show Financial Position, Statements of Activities and Statements of Cash Flows for the years ended December 31, 2019 and 2018 have been prepared on an accrual and consolidated basis. 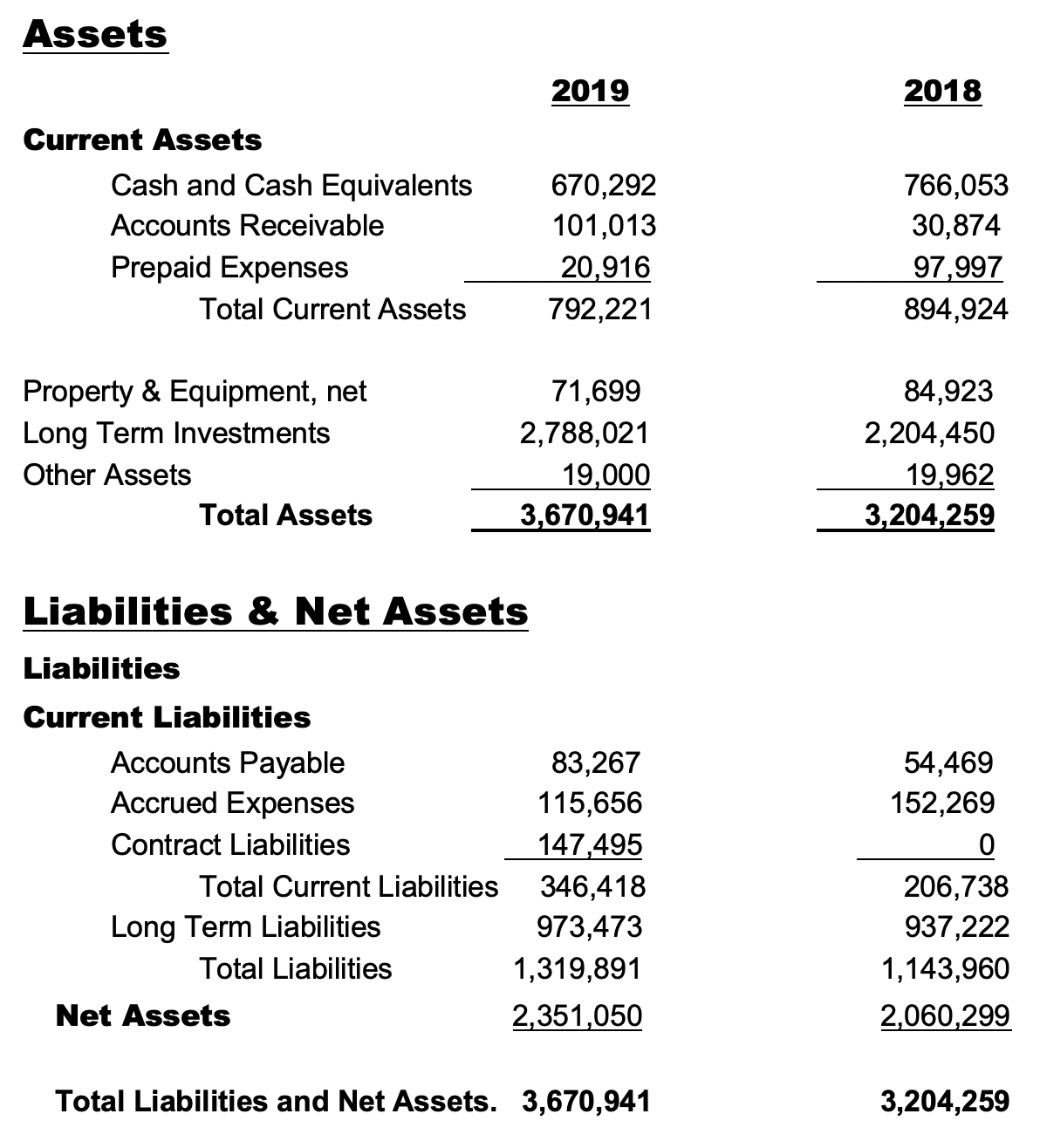 Consolidated Statements of Activities For the Years Ended December 31, 2019 and 2018 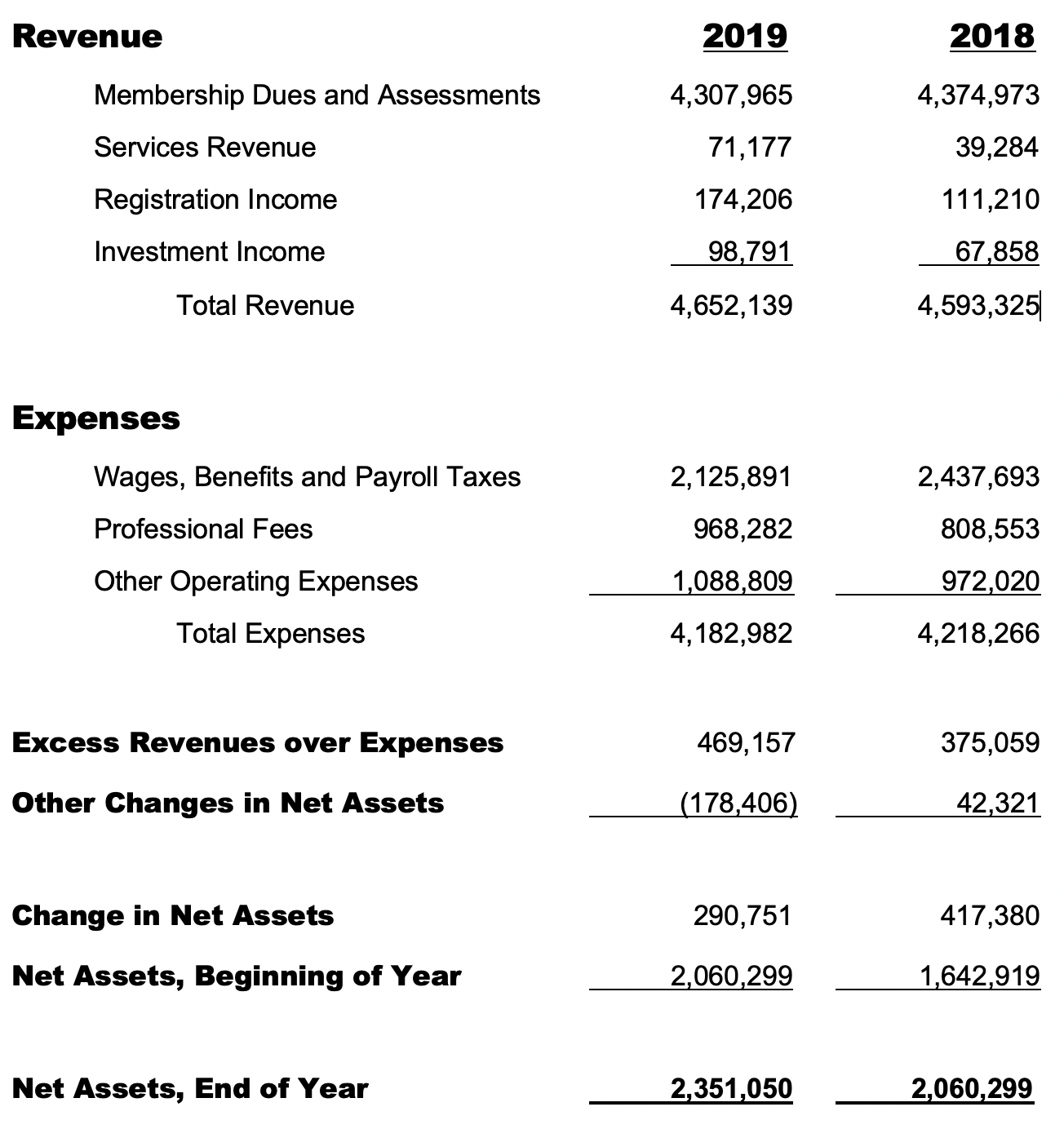 Consolidated Statements of Cash Flows For the Years Ended December 31, 2019 and 2018 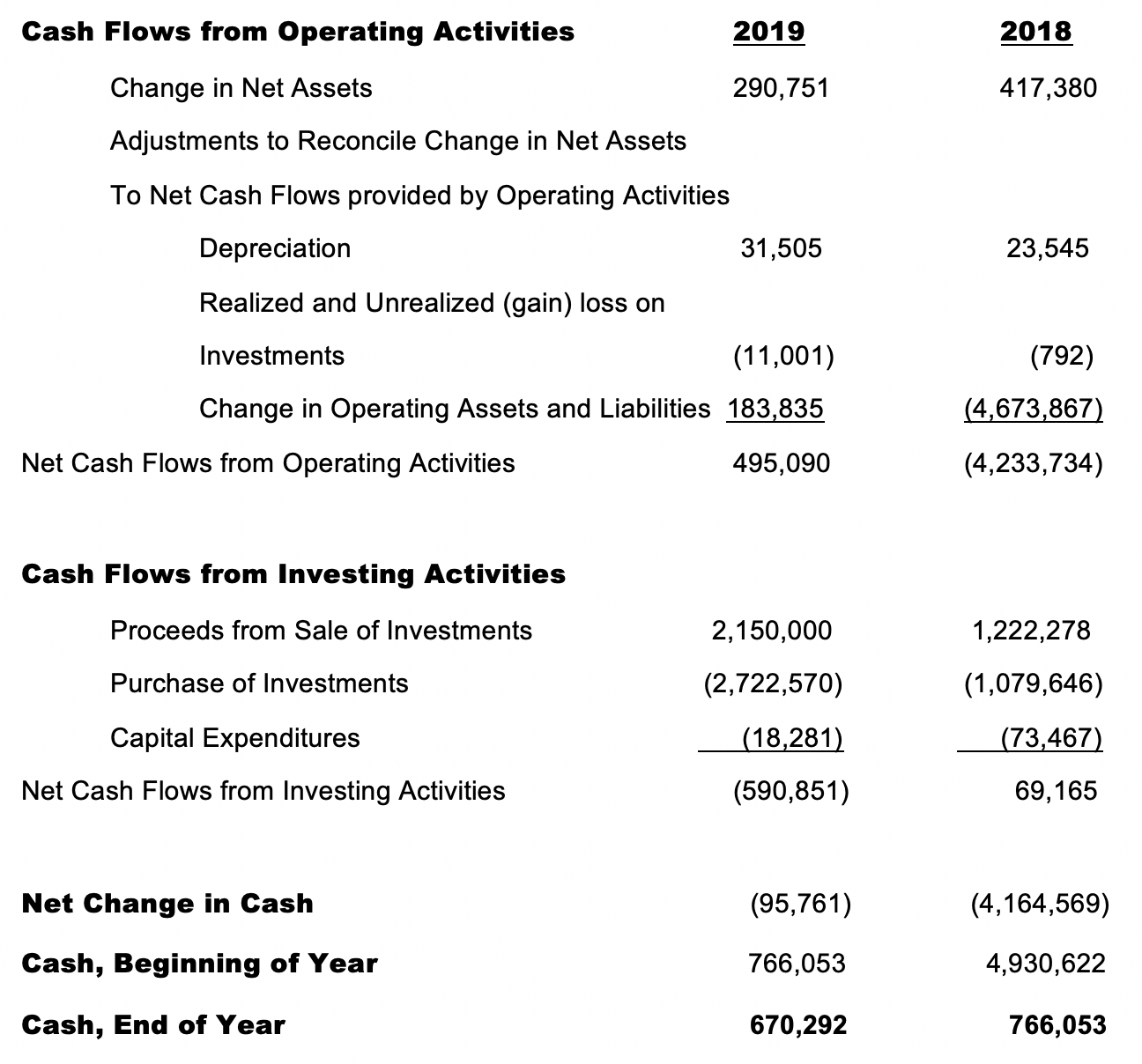